The City Secretary serves as the election official for the City of Melissa.

In accordance with the standard eligibility requirements for a city office, a candidate must:

The City of Melissa contracts with Collin County for Elections Administration. For more information visit:

The City of Melissa's Municipal Court Room - located at 3411 Barker Avenue - is often utilized during elections, as well as other locations throughout Collin County. Visit the Collin County Elections Administration website for information about early voting, ballots, working elections, election statistics, and more. 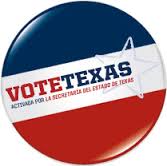 Visit the Vote Texas website for the latest information on registering to vote and Voter Identification (ID) requirements. You can also call the Texas Secretary of State's toll-free hotline, 1-800-252-VOTE, with questions.